Madurai back in the hunt with big win over Tiruppur 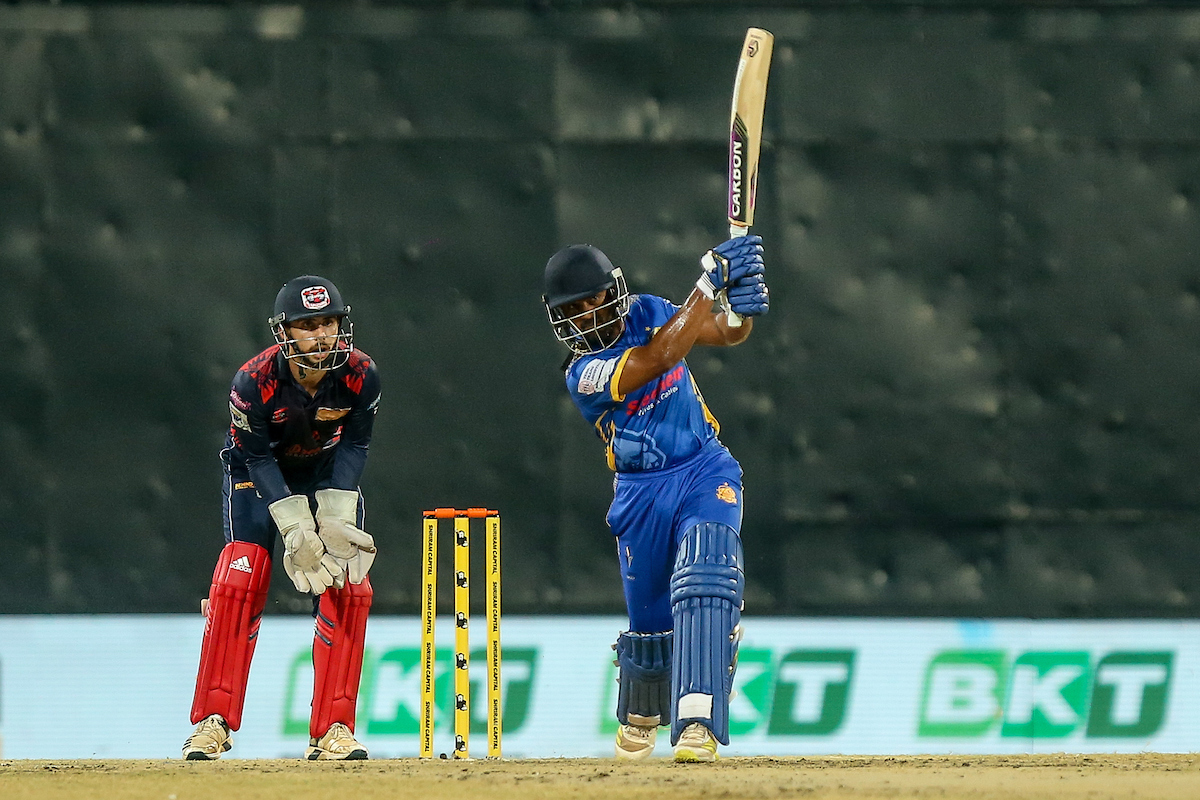 Madurai trooped out with purpose and their batsmen led the charge by registering their highest total of the season and then their bowlers and fielders followed suit by dismissing Tiruppur for 103 in 17.3 overs for an 81-run win.

Fast bowler Raghupathy Silambarasan (2-8) pegged Tiruppur back by first getting through the defences of opener S Dinesh (1) and then brilliantly running out the other opener S Aravind (4) with a direct hit from deep mid-wicket.

Rajappa Rajkumar (42 off 28 balls, 2 fours, 3 sixes) was the only batsman who took on the Madurai bowlers, but his knock did not make any difference to the outcome of the match.

The victory, second in five matches, swelled Madurai’s points tally to five but more importantly raised their hopes of making it to the Playoffs. The battle for the Playoffs is heating up as four teams — Chepauk Super Gillies, Lyca Kovai Kings, Madurai and Tiruppur — are all on five points. Tiruppur is the only team amongst the four with a negative net run rate (-1.109) while Madurai sit pretty at the third spot with a NRR of +1.17.

Madurai captain NS Chaturved was a delighted man after the game. “I’m very happy as it was almost a complete performance except for a few fielding lapses. The way we played and the attitude we had was very good,” he said.

Tiruppur coach Ramaswamy Prasanna conceded nothing went right for them. “Only one thing went right for us, that was the toss. There were a lot of errors in the execution of our bowling, unfortunately nothing went according to plan both in batting and bowling. To be really honest, ours is an inexperienced team and 185 was daunting,” he said.

Chaturved and Kousik were aided by the platform set by the earlier three batsmen – openers P Praveen Kumar (35 off 37 balls, 2 fours, 1 six), P Sugendhiran (20 off 12 balls, 2 fours, 1 six) and B Anirudh Sita Ram (33 off 25 balls, 3 fours, 1 six). Wicketkeeper batsman Praveen Kumar held the innings together in the initial stages by garnering 35 runs off 29 balls for the first wicket with Sugendhiran and then adding 54 off 44 balls for the second wicket before holing out in the deep.

Such was Chaturved and Kousik’s dominance in the slog overs that Madurai added 88 runs in the last six overs to surpass their earlier best of 153-8 that came in a losing cause against Lyca Kovai Kings last month.

The 31-year-old Chaturved signed off the innings in style with a big six over long-on off rival captain M Mohammed.

Madurai will take confidence from this showing as all their batsmen who stepped to the crease made an impact, including veteran KB Arun Karthick, who came in at No.6 in the final over and straightaway smacked a six and four off the first two balls he faced to remain unbeaten on 11 off 3 balls.

For Tiruppur, medium-pacer A Karuppusamy was the best bowler picking up two wickets off successive deliveries to finish with 2-14 from his two overs.