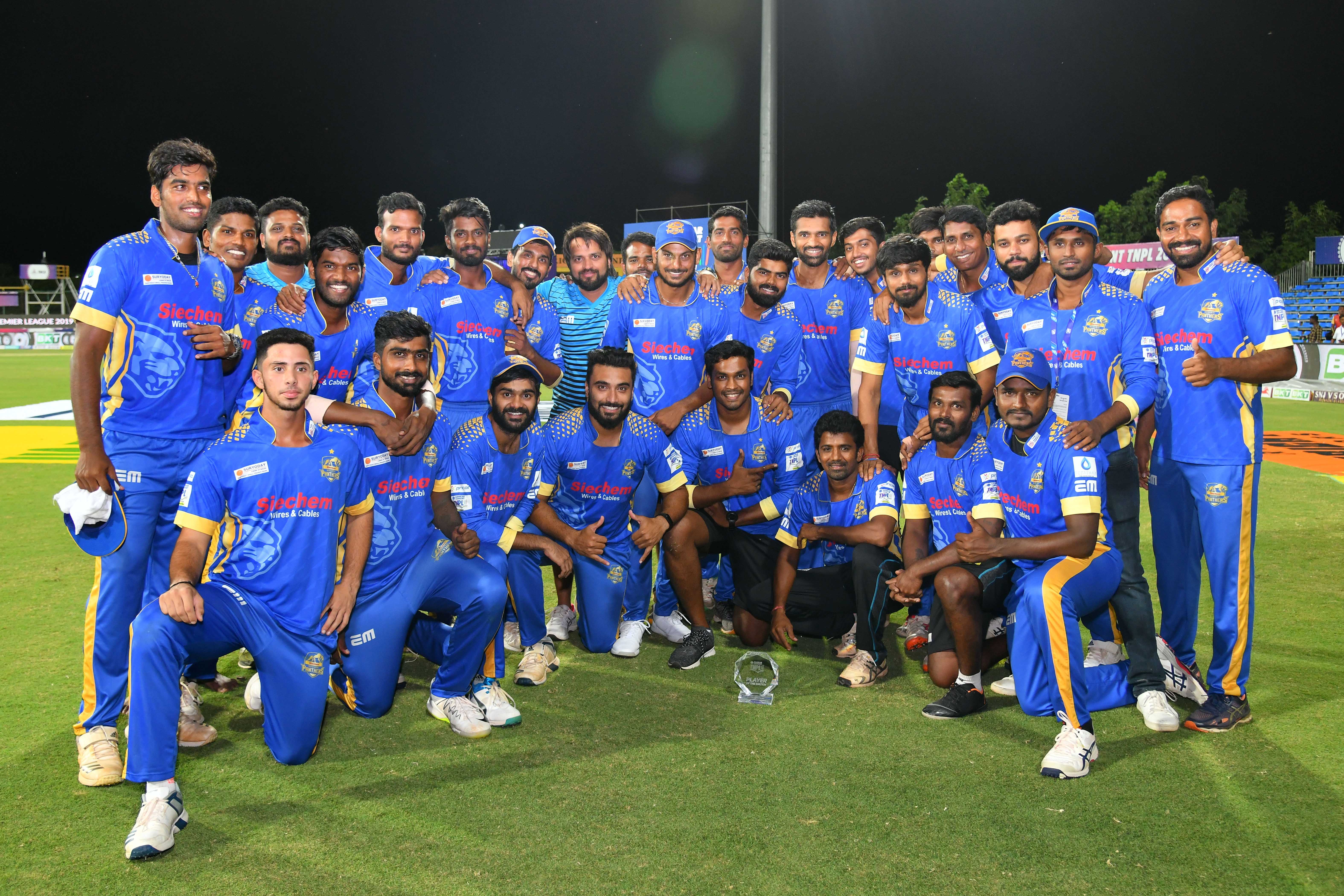 Madurai did well to post 172-7 after winning the toss and their bowlers defended it with gusto by restricting Chepauk Super Gillies to 139-8 in 20 overs.

In a remarkable display of death-over bowling, fast bowler Kiran Akash (4-1-23-3) bowled a maiden in the 19thover and claimed two wickets to end CSG’s hopes.

It was SMP’s third victory on the trot in four days, earning them third spot in the eight-team standings. They have eight points from six matches, same as CSG, who are on the second spot.

After 18 overs, CSG were within striking distance of the target as they needed 35 runs from 12 balls with their best batsmen Uthiraswamy Sasidev (51 off 42 balls, 4 fours, 2 sixes) and hard-hitting all-rounder Senathipathy Harish Kumar (23 off 14 balls, 2 fours, 2 sixes) at the crease.

Kiran Akash’s first ball, a short delivery was hit by Sasidev straight into the hands of deep backward point fielder’s hands. Off the next ball, M Siddarth walked across and tried to flick the ball but ended up edging it to the wicketkeeper Nilesh Subramaniam, who showed superb reflexes to pouch it. The 23-year-old did not allow Rahul Dev any run off the next three balls, to seal the contest decisively in SMP’s favour.

With 35 needed from the last over, pacer Abhishek Tanwar (3-18) took charge at the other end and continued from where Kiran Akash had left. The 28-year-old from Kancheepuram fired in two dot balls to Harish Kumar and bowled him off the third. He conceded just two runs in the over but more importantly bowled 19 dot balls in the match, the best by any bowler this season. The previous mark was held by CSG’s left-arm spinner Ramadoss Alexandar who had bowled 18 dot balls during his 4-0-9-5 spell against Ruby Trichy Warriors last month.

Earlier, KH Gopinath (45 off 32 balls, 5 sixes) and Sasidev had pulled CSG out from a difficult situation — 14-3 in the third over — by stringing a 63-run stand off 51 balls for the fourth wicket. But once Gopinath was caught by a diving KB Arun Karthick, his third of the innings, off the miserly left-arm spinner Rahil Shah (1-15), the task became tougher for CSG.

Sasidev and Harish tried to take the fight into the rival camp but could only add 31 off 16 balls for the sixth wicket.

Earlier, SMP overcame a middle-order wobble to finish strongly. After opener Karthick (39 off 36 balls, 3 fours, 1 six) had put on 64 runs off 52 balls with captain Shijit Chandran (39 off 33 balls, 3 fours, 2 sixes) for the second wicket, their innings appeared to lose way. They lost four wickets for 26 runs and the scoring rate also dipped.

Chandran was out scooping Harish Kumar straight to Rahul Dev at short fine-leg and in the next over Murugan Ashwin plucked a low return catch to send back Karthick. The next three overs also proved fruitful for CSG as they picked two more wickets. Left-arm spinner Alexandar sneaked through Abhishek Tanwar’s (1) defence and bowled him and Periyasamy yorked Jagatheesan Kousik (7) to put SMP in a spot at 119-5 in 16.1 overs.

Although both Nilesh and Mithun were dismissed by Periyasamy and Harish Kumar, they had done enough to ensure a healthy score on board.

Periyasamy (2-37) and Harish Kumar (2-30) were the most successful bowlers for CSG and they continued to lead the wicket-takers list of the season with 11 wickets each.