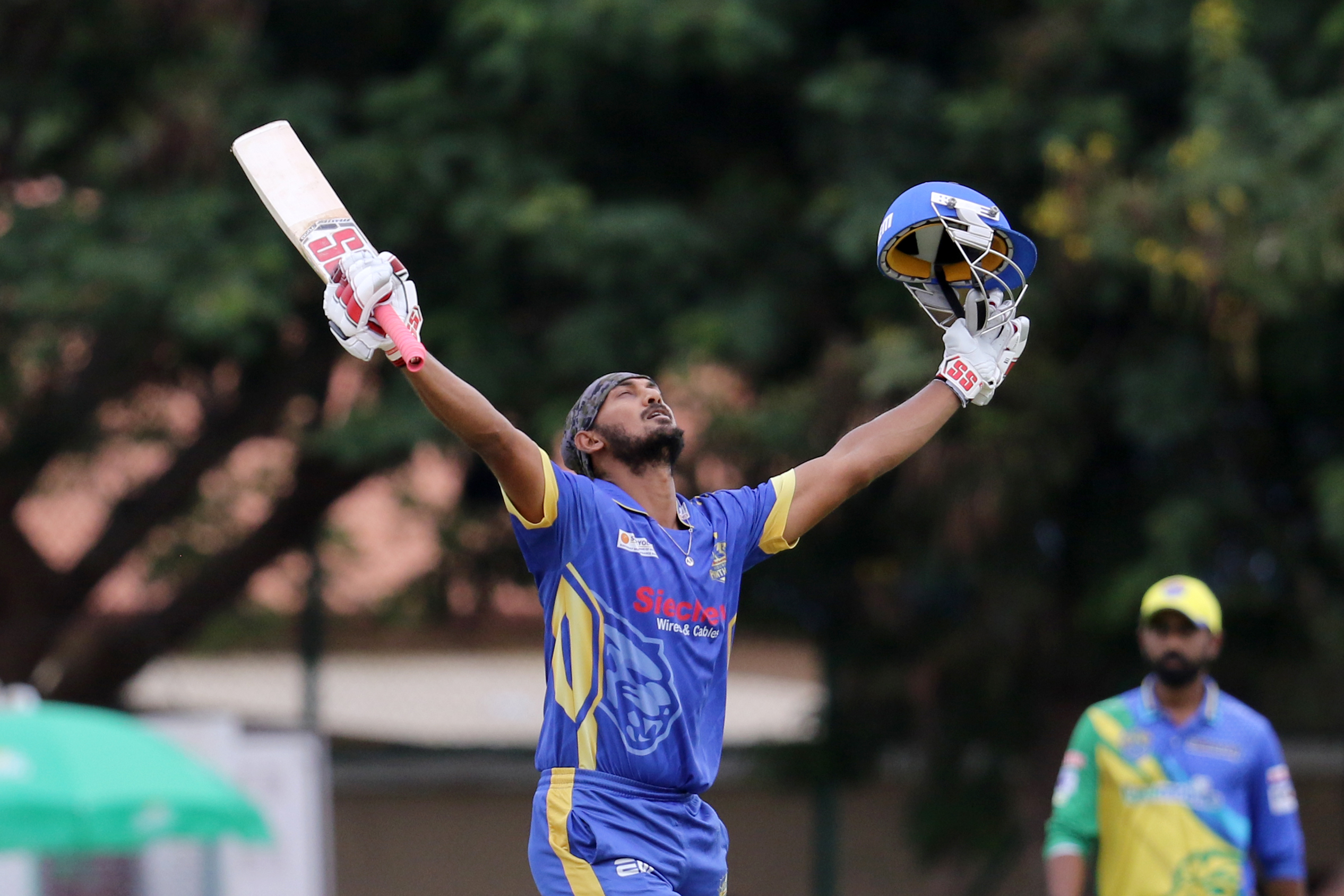 Opener’s 106 off 61 balls is the first century of the season.

Natham, Dindigul, August 2: Siechem Madurai Panthers best batsman KB Arun Karthick sparkled with his best innings in the Sankar Cement Tamil Nadu Twenty20 Premier League (TNPL) to help the side raise their best total in the league at the NPR College Ground here on Friday afternoon. It was enough to upstage Lyca Kovai Kings by 23 runs and extend the defending champions surge for a playoff spot.

SMP’s victory swelled their points tally to six, retaining their fourth spot in the eight-team standings while Lyca remains in the fifth spot with four points from five matches.

Karthick not only improved upon his previous best of 85 not out against iDream Karaikudi Kaalai in 2018 at the same venue but rose to the top of the run-getters’ list of the season with this splendid knock. He has now garnered 242 runs from five matches and is seven runs ahead of Jagadeesan Narayan of the Dindigul Dragons with 235 runs from four games.

The 33-year-old former Tamil Nadu batsman also equalled the most number of fours record (13) held by Kaushik Gandhi during his knock of 111 not out for Tuti Patriots against VB Thiruvallur Veerans in 2017.

Chasing 196 for victory was too daunting a task for LKK as they could only muster 172-9 with SMP fielders plucking a couple of brilliant catches to dent their hopes further.

Opener Shahrukh Khan (24 off 12 balls) provided a strong start but pacer Abhishek Tanwar ended his stay with a superb one-handed catch of his own bowling. It was the first wicket of the season, after four games, and 25th in TNPL for Tanwar.

Captain Abhinav Mukund (50 off 38 balls, 4 fours, 1 six), who waged a lone battle, found in Akkil Srinaath (21 off 19 balls) an able ally as the two left-handers raised 51 runs off 41 balls. The partnership ended with Srinaath’s mistimed hit off medium-pacer Jagatheesan Kousik that went straight to third man’s hands. Off the next ball, N Kumara Selvan at long-off plucked a one-handed catch to send back Muhammed Khan for a golden duck.

Tailender Krishnamoorthy Vignesh (26 not out off 10 balls, 1 four, 3 sixes) provided some fireworks at the end, which reduced the margin of defeat for LKK.

Left-arm spinner N Selvam Kumar, who opened the attack for Madurai, finished with a rich haul of 4-27. But the most impressive aspect of SMP bowling was that they did not concede any extras, the first by a team in TNPL’s 113-game history.

One consolation for LKK was that they managed to hold on to their record of not being bowled out in 31 TNPL games despite losing nine wickets.

Earlier, Karthick was involved in three crucial partnerships during his knock which helped SMP attain the highest total of the season. The first alliance was of 42 runs off 23 balls with fellow opener A Sarath Raj, who began in whirlwind fashion by clobbering three sixes in a nine-ball cameo of 20. Having got the innings to a brilliant start (61-1 in Powerplay), Karthick consolidated the innings raising 67 runs off 45 balls with Aditya Giridhar (14 off 17 balls), where the former SMP captain’s contribution was 52 runs.

The third partnership with Kousik was a rollicking affair with 47 runs coming off 27 balls. It was also a phase when Karthick got to his maiden TNPL century in style by hooking medium-pacer Antony Dhas for a six over fine leg. His second 50 (25 balls, 6 fours, 1 six) was faster than his first fifty, which came off 31 balls (6 fours, 3 sixes).

Once Karthick was yorked and bowled by pacer Krishnamoorthy Vignesh in the 18th over, Kousik took charge and smoked three sixes in the 20th over bowled by Dhas, fetching 23 runs in all for SMP. The 24-year-old Coimbatore all-rounder remained unbeaten on 43 off 23 balls, 1 four, 4 sixes. The last five overs were the most productive for SMP as they scored 67 runs with 39 coming off Kousik’s willow.