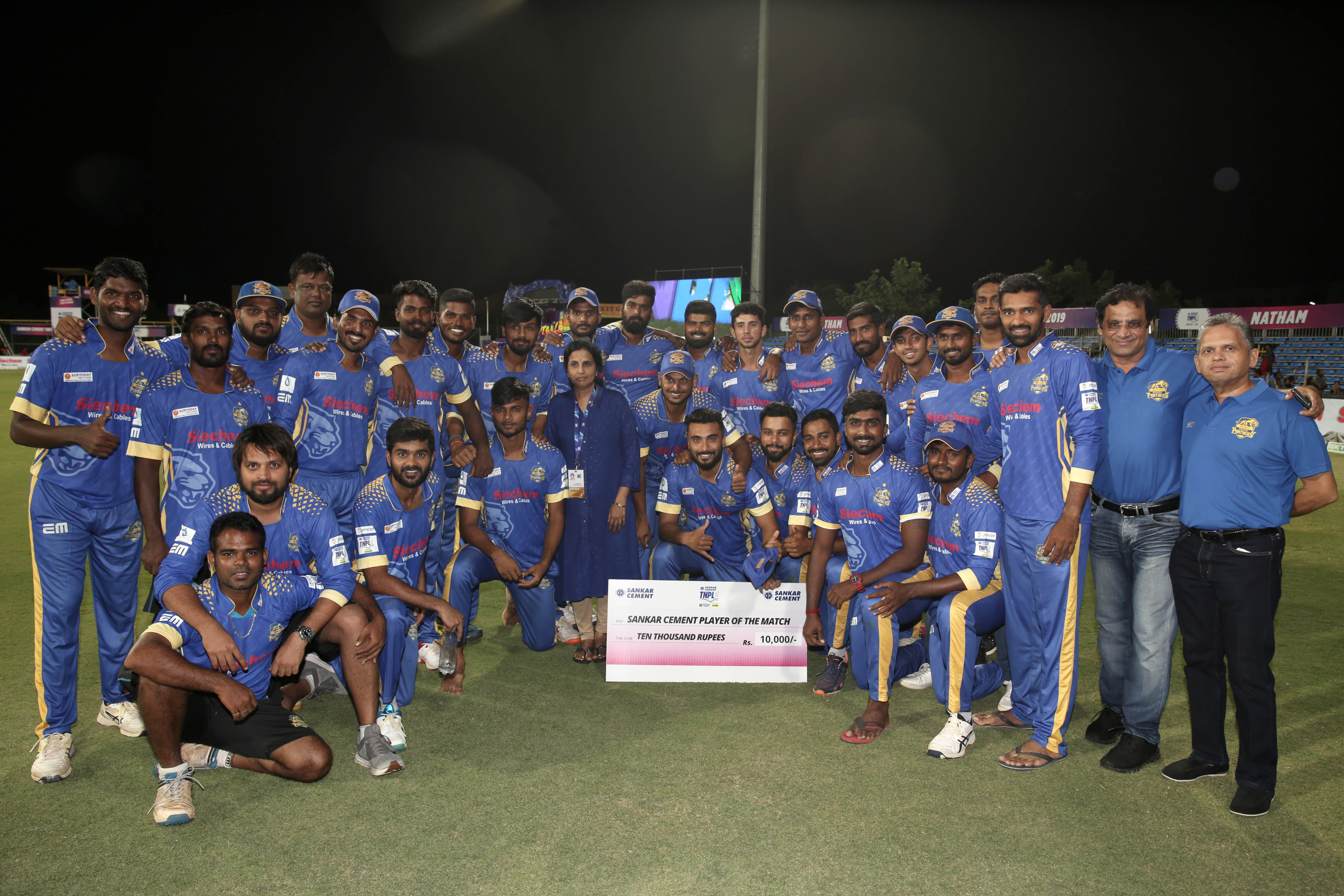 After their bowlers restricted the 2017 winners to a modest 124-8 in 20 overs, SMP openers KB Arun Karthick and A Sarathraj (33 runs off 21 balls, 4 fours, 1 six) raised 95 runs in 8.4 overs to pave the way for an emphatic victory with almost eight overs to spare.

Captain Karthick led the way with an unbeaten 65 (42 balls, 7 fours and 3 sixes) and set a new league record by scoring the most number of fifties (11). Dindigul Dragons’ Narayanan Jagadeesan is the second in the list with 10 fifties.

Earlier, SMP spinners Rahil Shah (1-16) and R Mithun (3-17) turned in a disciplined display to derail the Tuti Patriots innings. Opener Akshay Srinivasan (55 off 41 balls, 3 fours, 3 sixes) and captain Subramania Siva (28 off 21 balls, 2 fours, 2 sixes) threatened to take the match away during their blistering second-wicket partnership of 74 runs that came of just 41 balls.

Once left-arm spinner Ramachandran Mithun had Siva stumped by Nilesh Subramaniam, the Tuti Patriots lost their way. Srinivasan failed to get going at the other end and he was dismissed in a similar manner as his captain. From 79-1 in the 10th over, the Patriots collapsed to 119-8 in the 19th over, losing seven wickets for just 40 runs.

By the time Mithun ended his excellent spell (4-0-17-3), Tuti Patriots were five wickets down.

The 25-year-old spinner credited his captain for his good show. “Arun Karthick gave me the freedom to express myself. He told me to be ready for any pressure situation. They have given me a brilliant atmosphere in the dressing room. I was under pressure in the first season but this year I have become more relaxed. I’m happy that I could execute what I had to, for my team,” he said.

Fast bowler Kiran Akash heightened their woes with a double strike in his third over dismissing R Karthikeyan (4) and Vasanth Sarvanan (11) within the space of four balls. The 23-year-old claimed Ganesh Moorthi to finish with impressive figures of 4-0-16-3.

Tuti Patriots opener Srinivasan felt he should have stayed longer to help the side post a bigger total. “We started well and were in a good position by the eighth over but I think wickets fell at the wrong time. It means nothing scoring 50 plus score which doesn’t help the team. I have to take responsibility as I got out at a crucial time and I should have carried till at least the 16th or 17th over,” he said after the match. “We also didn’t execute our bowling plans well,” he added.